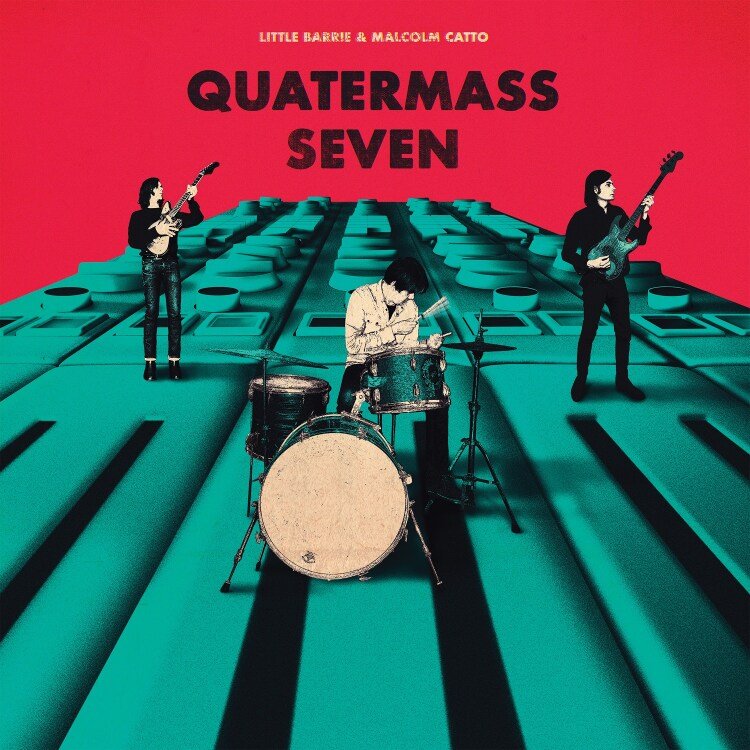 Quatermass Seven, the meeting of minds between guitarist Barrie Cadogan, bassist Lewis Wharton and drummer Malcolm Catto represents a re-birth of sorts for Little Barrie, with these their first recordings since 2017’s Death Express and the untimely passing of their gifted drummer and friend Virgil Howe. As Lewis explains, the sessions played a part in the healing process, a way to re-connect through music without any intentions to necessarily come away with a finished record. “It was good to get in the studio again after such a long break especially as we didn’t go in with any agenda or expectations,” he explains. There was no preconceptions that we would make a new Little Barrie record, it was just an opportunity to work on some things Barrie had written for fun with zero pressure.” With most tracks recorded live with minimal overdubs, and produced by Malcolm at his Quatermass studios, The Heliocentrics’ main man brings new flavour to the band’s rhythm section by blending his power behind the drum kit and his expansive skills behind the mixing desk to take Little Barrie’s music forward into new territories. Recorded on Catto’s treasure trove of analogue gear, and mastered onto ¼” tape, the overall effect is guitar, bass and drums finding a sweet spot where genres collide, delivering a record that takes the influences of the past and pushes them towards somewhere more contemporary. “I definitely hear in Barrie’s songs a lot of common musical ground’” explains Malcolm. “It felt like a great thing to do, work with Malcolm while we’re figuring out what we wanna do,” Barrie concludes, “let’s just go in and do some playing and see what happens, and we came out with more than we ever intended.” Quatermass Seven delivers a dark, deep and expansive set of grooves, layered with frazzled and flawless guitar and flowing melodies, as well as pointing toward a future of exciting new musical opportunities. “Still here, so fine, just a little darker state of mind” sings Cadogan on ‘Steel Drum’, words which sum up hope in times of uncertainty, whilst unintentionally offering a perfect description of Quartermass Seven.