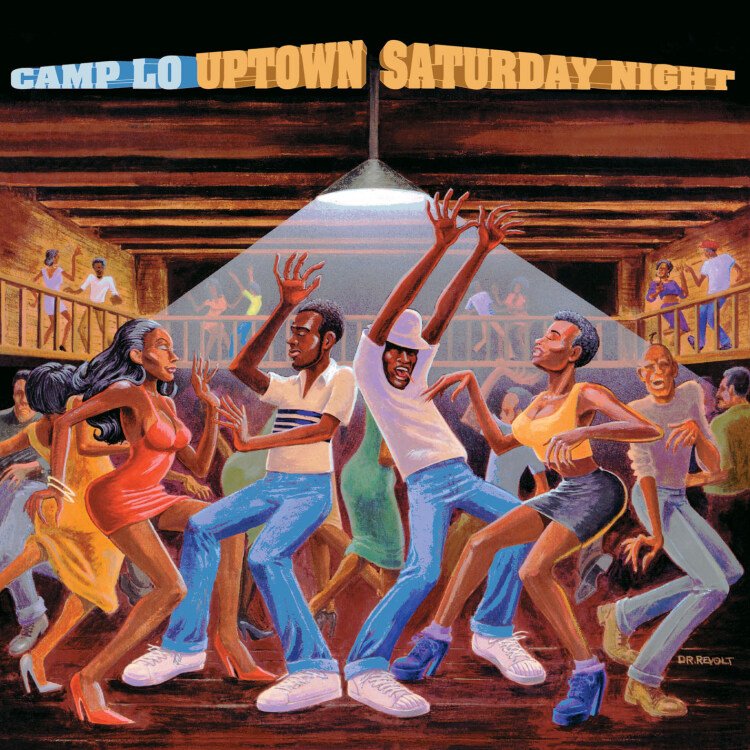 Hot of the success of Jay-Z’s Reasonable Doubt, producer extraordinaire Ski was on fire when he flipped Dynasty’s “Adventures In The Land of Music” for Camp Lo’s breakout 1996 smash single “Luchini aka This Is It”. The same year saw Camp Lo opening shows for De La Soul during their Stakes is High tour. Combine that with the fact that Ish aka Butterfly from Digable Planets had cosigned for the group’s reputation and would appear on of the tracks (in addition to Trugoy from DeLa), there became a huge buzz around their debut album Uptown Saturday Night.
Fast forward a few months to January 1997 and the heavily anticipated release of Camp Lo’s first record, which did not disappoint. It struck the perfect balance between club tracks and underground
bangers for the mixtape crowd. Critically acclaimed and fan approved, this late 90s must-have was complimented by the incredible cover art illustrated by legendary NYC graffiti artist Dr. Revolt that paid
homage to Marvin Gaye’s 1976 classic I Want You. It’s hard to believe in the time of Puffy’s heyday, Camp Lo had developed and delivered a style of Hip Hop that was not only fresh and creative, but also
straight up dope. Flipping intricate rhyme styles over some of Rap’s finer beats, the fact that Camp Lo got main stream radio play and love from big time club DJ’s is a testament to the essence of what Hip
Hop was once about: raw talent and originality!